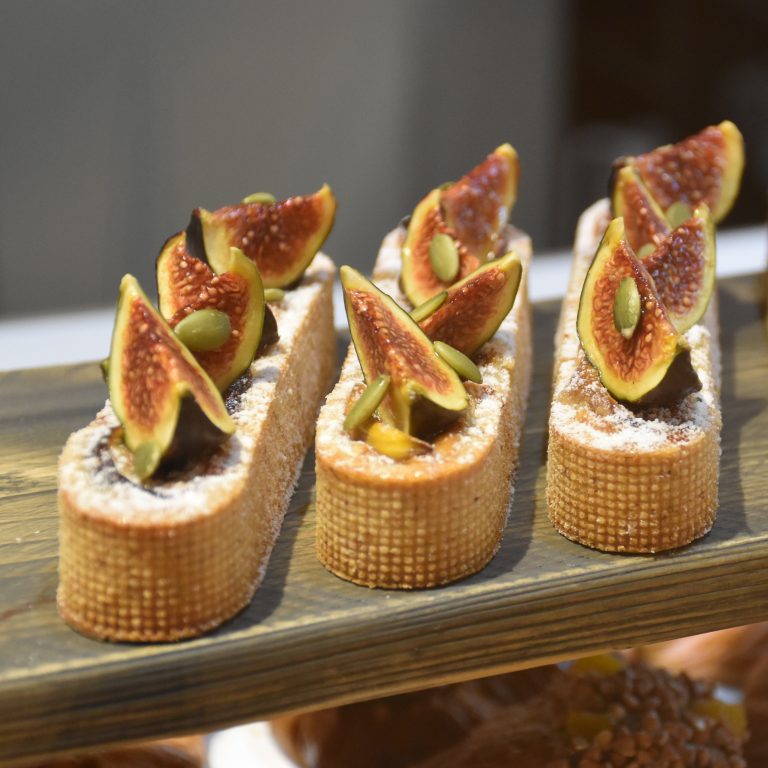 It is well known that Markham is home to many delicious restaurants that feature culinary dishes from around the world! However, you may not know the amazingly talented chefs found within the kitchen who are responsible for creating the delicious menu. Decorated with culinary awards and years of experience, here are some of the top chefs in Markham (a couple of whom recently earned a Michelin Star)! Executive chef and owner of FRILU, John-Vincent Troiano knew he was going to go to culinary school at the age of 12. He quickly familiarized himself with Japanese culture and began his career by joining Japanese master chef Hashimoto. He also had internships at world-famous restaurants including Noma in Copenhagen & Benu, a 3-Michelin Star restaurant in San Francisco. He now showcases his talents at FRILU, recently earning a Michelin Star.

Born into a culinary family and growing up in his father’s restaurant, Chris Kwok’s passion for food inspired him to become a professional chef. He has travelled across Canada and has experience working in various fine dining restaurants. Throughout his journey, he has been awarded multiple awards such as World Chocolate Master – Canada Winner 2017, Culinary Olympic – Silver Medal 2016, and Salon Culinaire Mondial 2013 – Gold Medal. Now, you can find Chef Kwok at Cho-Kwok-Lat where you can enjoy his chocolates and pastries daily. Born in India, Chef Gaba spent a lot of his time growing up in France and Italy to develop his culinary skills and fulfill his passion for cooking. He has had almost two years of extensive experience in the hospitality business and has cooked in kitchens across Asia, Australia, Europe, and North America. His resume includes working at 4- and 5-star hotels, Chef Oliver Glowig’s 2-Michelin Star restaurant, and Chef Antoine Westermann’s 3-Michelin Star restaurant. You can now find Chef Jitin Gaba as Head Chef at Hilton Toronto/Markham Suites Conference Centre and Spa designing the menu at the in house restaurant, Essence of Unionville, and catering the many conferences and events the hotel hosts each year.

Chef William Liang began his baking career in 1994 where he spent years working under renowned chefs in England, France, Germany, Japan and the United States of America. Inspired by the baking methods he learnt in France, he infused both French & Chinese baking methods in his work winning him multiple medals in the Culinary Olympics Germany, Chicago Culinary Competition, Lindt Chocolate Competition, Toronto Culinary Salon, and many more. You can taste his delicious pastries at Patisserie Gateau where everything his baked under his supervision and made to perfection.