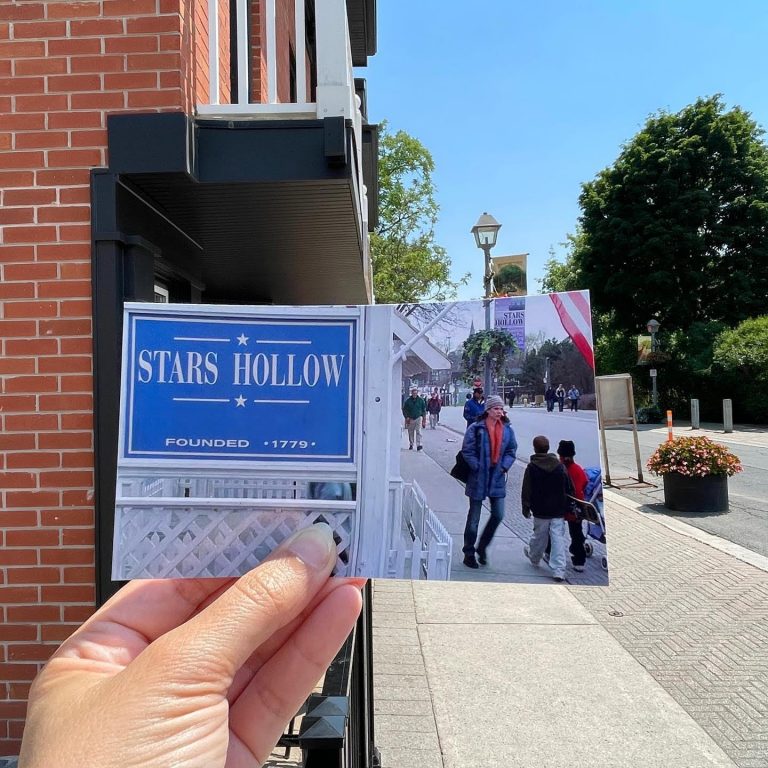 When thinking of filming locations in Canada, it is usually Toronto and Vancouver that come to mind. However, what many people don’t know is that Markham is the filming location of many popular movies and television shows. Below, you’ll find some of the most popular shows and movies filmed in Markham!

!!Spoiler Alert!! Some descriptions may have spoilers of the shows and movies.

Did you know that the pilot episode of Gilmore Girls was filmed in Markham – specifically Main Street Unionville! In fact, the producers loved Main Street Unionville so much that they recreated it in film studios in Los Angeles, California. The rest of the series was inspired by this little down and you’ll frequently see aerieal footage of Markham throughout the 7 seasons. Click here for a self-guided tour: https://visitmarkham.ca/gilmore-girls-self-guided-tour/

Schitt’s Creek follows the lives of a wealthy family who suddenly loses it all. In season 2, the son, David, gets a job at The Blouse Barn. In Schitt’s Creek, the Blouse Barn is an upscale clothing store. But in real life, Crock A Doodle (a pottery painting business) operates out of this building! You may think suits was only filmed in Toronto. However, season 2 episode 15 shows Harvey Spector strolling through a cobble-stoned road in a beautifully lit town with love interest and rival Zoe Lawford. This scene was actually taken right in front of the very popular Old Firehall Confectionery!

Starring the A-list actresses Anna Kendrick and Blake Lively, A Simple Favor follows the lives of two mothers whose sons go to school together, when one of the mothers goes missing. Throughout the movie, you’ll see scenes on Warfield Main Street which is actually Main Street Unionville. The Frederick Horsman Varley Art Gallery building is actually used as the Warfield County Municipal Center in the movie! By now you may have noticed that the most popular film location in Markham is Main Street Unionville. However, Orphan Black was filmed in multiple locations around Markham such as Bill Crothers Secondary School (season 3, episode 7) and Angus Glen Community Centre was used throughout the entire series. In addition, Alison’s house in season 4 was filmed at 35 Harper Hill Rd in Markham!