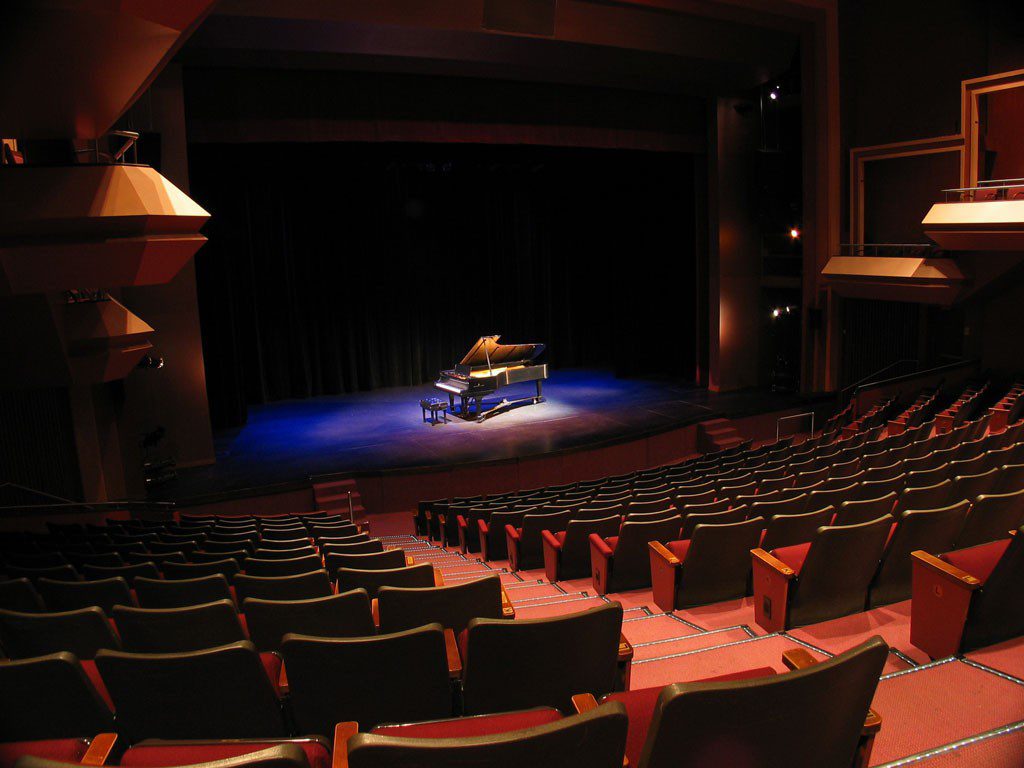 The Flato Markham Theatre has finally reopened since the beginning of the COVID-19 pandemic! They have announced an amazing lineup of shows for all audiences to get people back out to experience music and culture in person. Whether you like music, comedians, or acrobatics, there is a show you will enjoy in the 2022 Diamond Season at Flato Markham Theatre!

Be sure to get your tickets before they sell out! 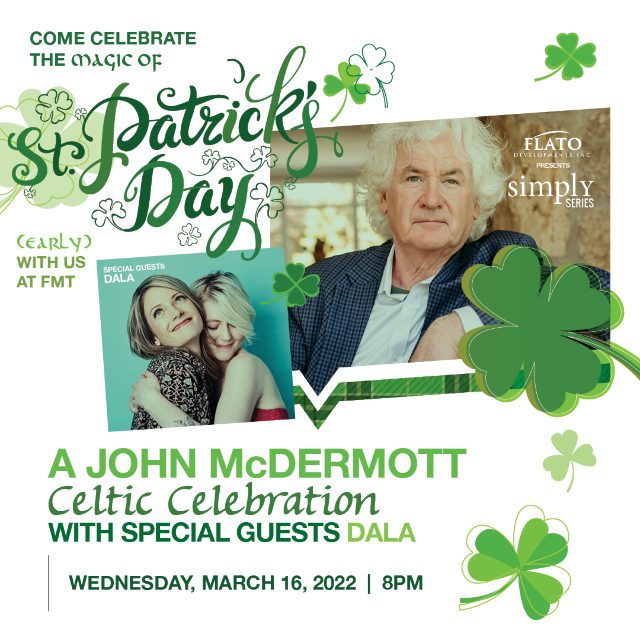 A founding member of The Irish Tenors, our nation’s beloved Scottish-born, Toronto-based tenor John McDermott is best known for his rich tenor and moving rendition of Danny Boy. In addition to his thoughtful, full voice – enough to evoke nostalgia for times and places we haven’t been – he connects to his audience with his cleverness and dry wit throughout.  John McDermott’s stirring performances of love and loss are a powerful mixture of Celtic and patriotic melodies, always sure to sell out quickly – don’t miss your chance to see this treasured and timeless artist perform some of the most affecting music you’ll ever hear.

“If there’s anything guaranteed in life it’s that you will be thoroughly entertained, uplifted, and satisfied when you listen to [Canadian Brass] …” – David Vernier, ClassicsToday.com

The “Kings of Brass” are back at Flato Markham Theatre and beloved all over the world! Canadian Brass comes to you with over 40 years of thrilling their audiences and are truly masters of entertainment – they have developed a uniquely engaging stage presence and an impressive variety of styles from trademark Baroque to Dixieland tunes to original arrangements! These include the works of Renaissance and Baroque masters, Classical works, marches, holiday favorites, ragtime, Latin, jazz, big band, Broadway, and Christian music as well as popular songs and standards. There’s something for everyone!

Loved by audiences everywhere for their talent and antics, and with a discography of over 130 albums and an extensive world-wide touring schedule, Canadian Brass are a national treasure that you don’t want to miss! 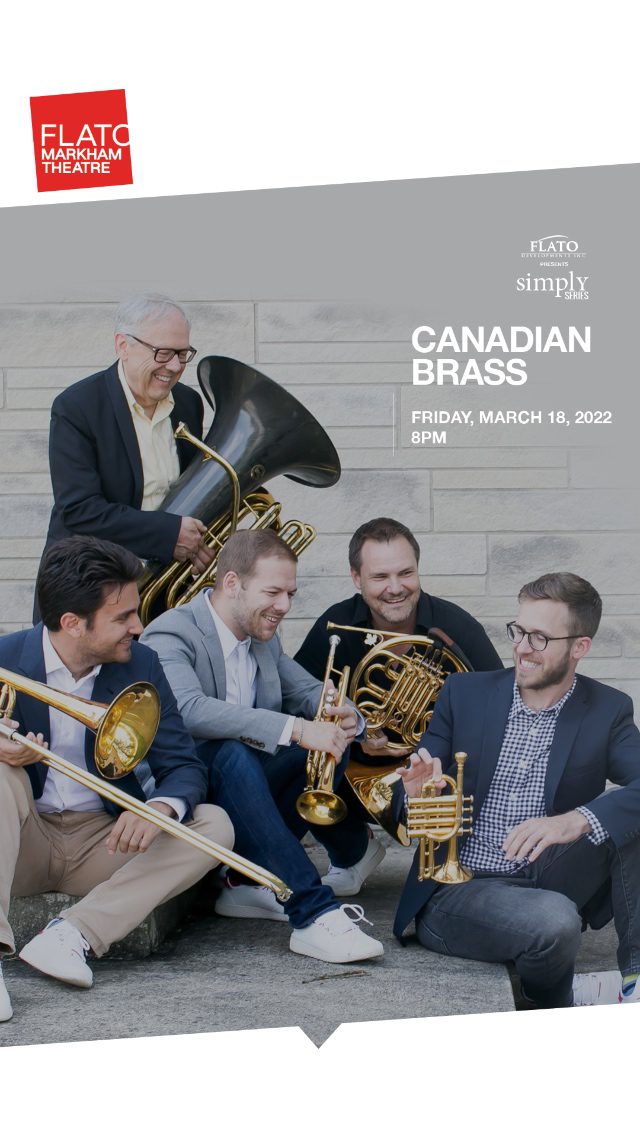 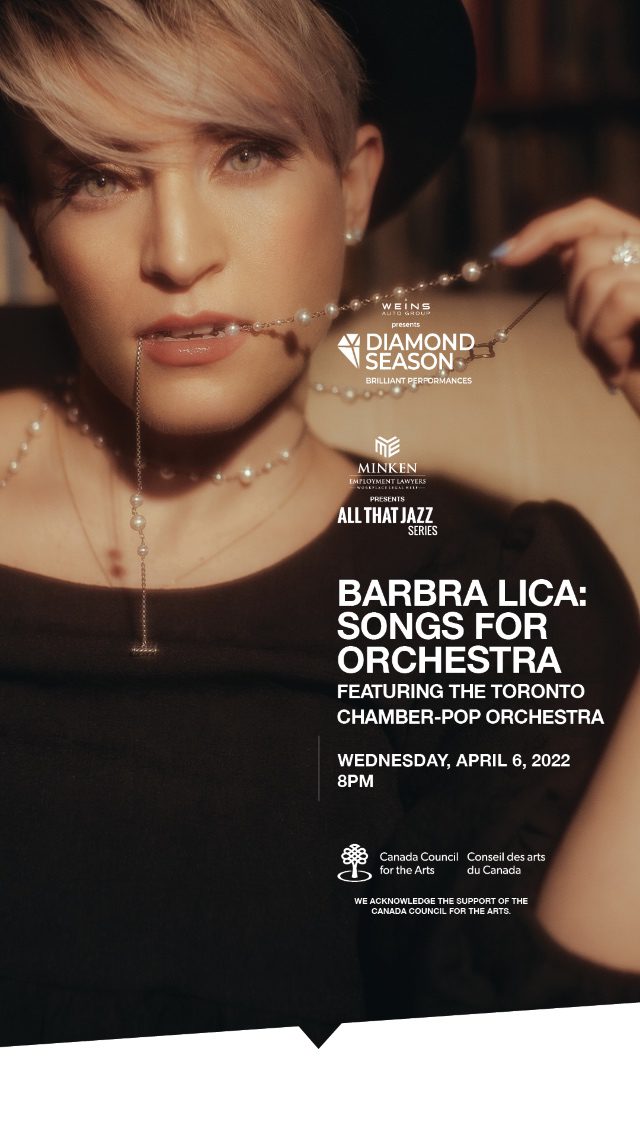 While her lyrics deal with the everyday human experience that we can all relate to – heartbreak, mistakes, regrets and overcoming hardships – her delivery will uplift and energize the crowd while the orchestra takes it away.

Combining both a vintage and modern sound, this show will take you from the mid-century all the way to the 21st!

BROMANCE is a show with relationships at its heart, where handshakes become handstands and backslaps become backflips!

Audacious, touching exhilarating, and with a great soundtrack, this is a tour-de-force of cutting-edge physical heroics, wittily exploring male companionship and its limits. Barely Methodical Troupe is an experimental acrobatic circus company. Fusing Hand-to-Hand and Cyr wheel with parkour, b-boying, tricking and contemporary dance giving a fresh perspective on the material they create.

BMT’s first show BROMANCE won the Total Theatre & Jacksons Lane Award for Circus at the Edinburgh Festival in 2014, opened the London International Mime Festival in 2015 and has been presented at Montréal Complètement Cirque in 2016. It has toured nationally and internationally ever since and will tour for 6 weeks all over Canada in Spring 2022 making a stop at the Flato Markham Theatre in April! 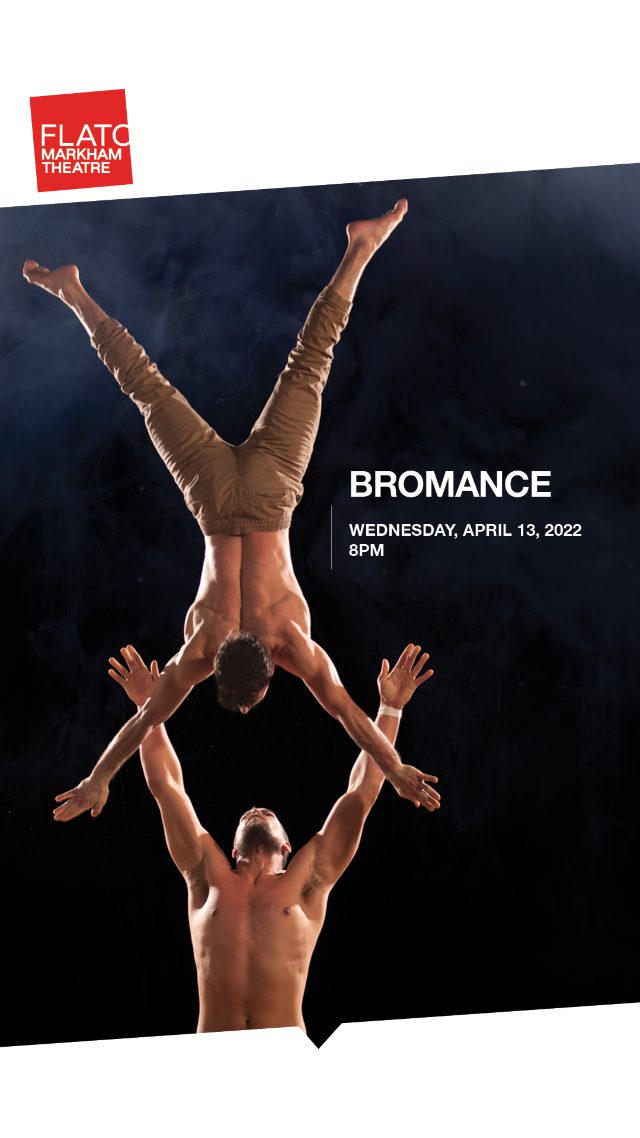 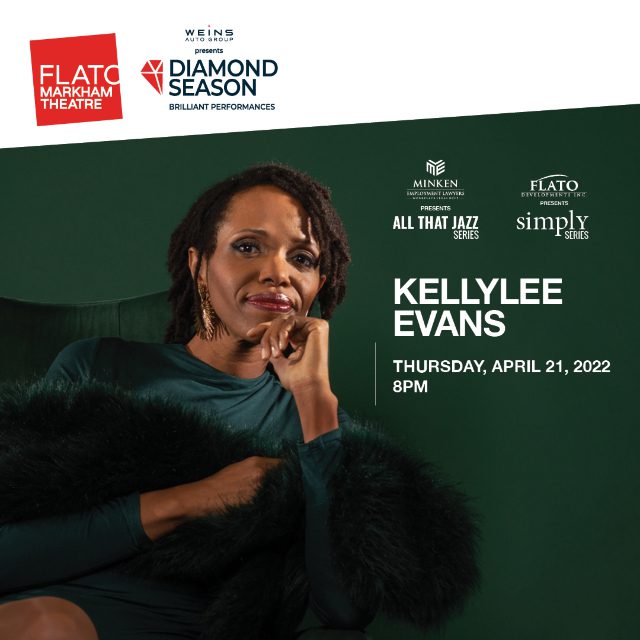 Occasionally an artist comes along that you can’t get out of your head, and that artist is Canada’s own Kellylee Evans. Coming off the success of her recent EP GREENLIGHT, this singer-songwriter will win you over with the smooth flow of her voice and the polished rhythm of the music. The beautiful concoction of jazz, soul, R&B and pop and her own natural charisma is an invigorating experience for audiences who are hungry for honest artistry. Kellylee makes it all seem effortless – a marker of true talent. Latin Jazz Network praised her as, “…a gorgeous voice (that) rises to the heavens in rapturous wonder as if in consanguinity with a chorus of angels.” With an accolade like that, you can’t let this show pass you by!

Always a hit with audiences, the Just for Laughs Road Show is a perennial favourite that triggers giggles, chuckles, and outright belly-clenching laughs-a-minute. The lineup of wacky gals and guys are some of the funniest comedians on the circuit, and alumni of Montreal’s Just For Laughs Festival – the world’s largest and most prestigious comedy event.

Don’t miss a hilarious evening sure to bring down the house with uproarious laughter! 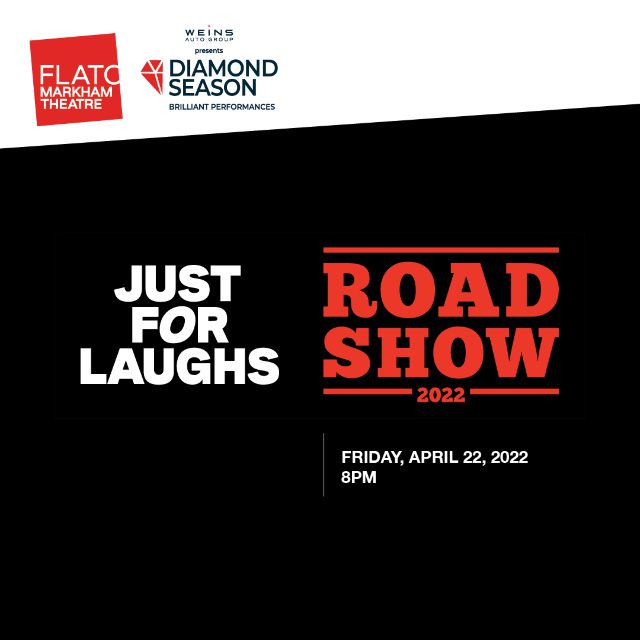 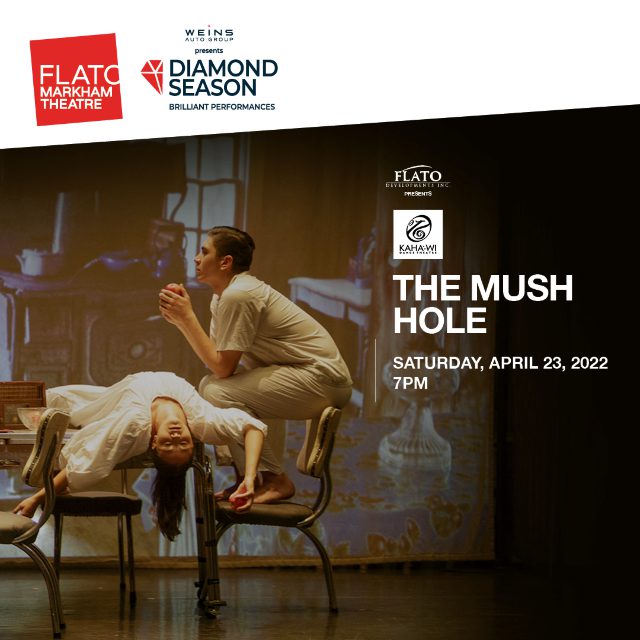 The Mush Hole is a theatrical dance performance about truths of Canada’s first Indian residential school, The Mohawk Institute. From 1828-1970, State and Church attempted to forcefully assimilate children from Six Nations and surrounding First Nations into Euro-Christian society and sever the continuity of culture from parent to child. The Mush Hole weaves through the traumatic memories of two generations of Survivors. Visceral performances by an all Indigenous cast, cinematic imagery and musical score, catapult audiences into the bricks and mortar of the school.

Created from Survivors testimonials, it is a story about hope and finding light in dark places.

6 Guitars is a pitch perfect blend of music, comedy and characters. A single performer portrays 6 different guitar playing characters each sharing their own style of music.

As the show unfolds, audiences are treated to great songs from each genre that showcase breathtaking musicianship. This sonic feat is done not merely with just one performer but just one guitar as well.

There are plenty of laughs, too! Each character, from the young rock prodigy to the weary blues picker, shares hilarious anecdotes that only a life playing music can give. These balance out the moving stories each deliver about how music has touched their lives and made them a better person along the way. You don’t need to play music to love this show. You just need to love music.

6 Guitars premiered at the 2010 Orlando International Fringe Festival where it won several awards including Best Solo Performer, Best Male Actor, and Best Musician. In the following years it toured other fringes and quickly became one of the most recognizable shows across the entire circuit, shattering ticket records and winning awards such as the British Columbia Touring Council award. This award is given out by professional arts presenters to the show they believe to be most tour worthy. Since then, 6 Guitars has been performed hundreds of times in festivals and performing arts centers all over North America. 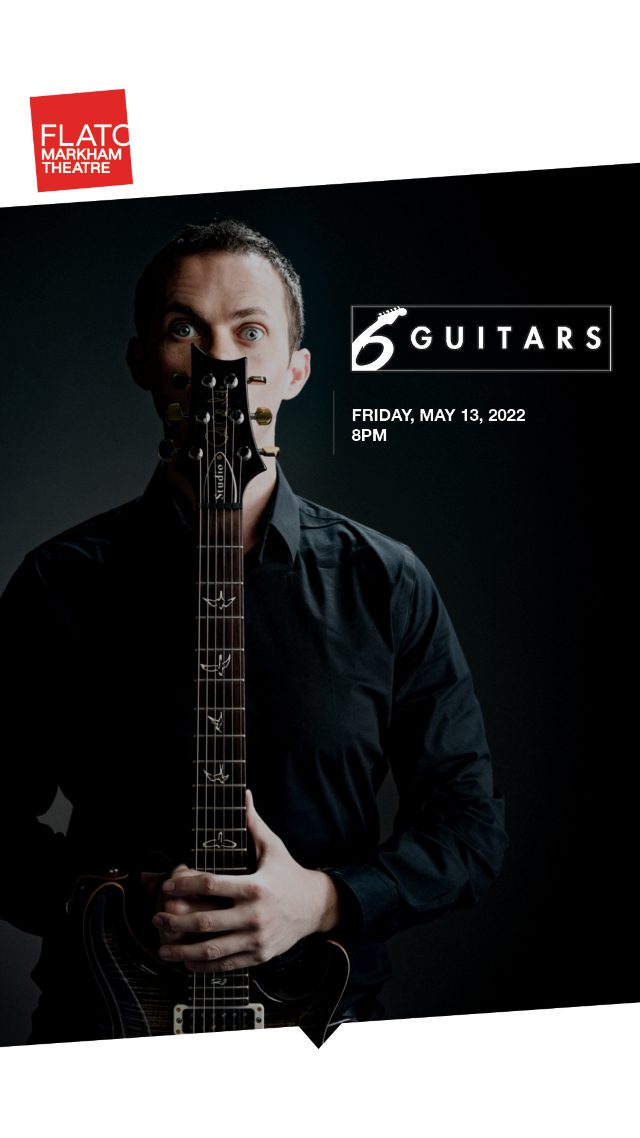 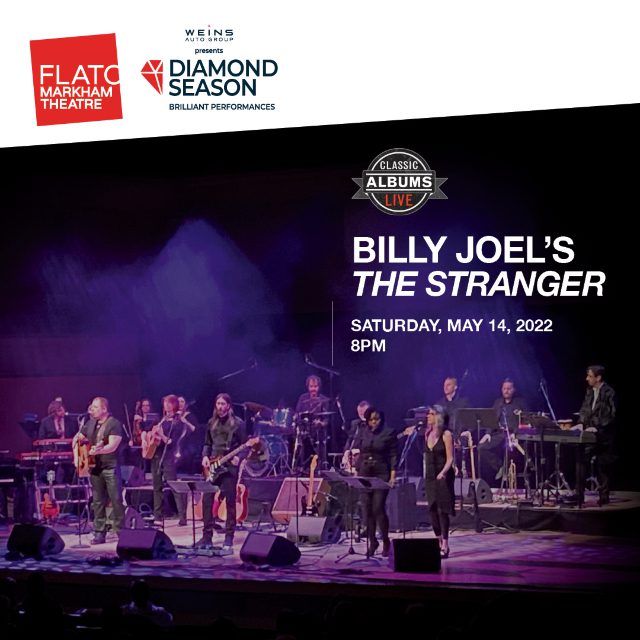 Released in the iconic year of 1977, Billy Joel’s The Stranger became one of the most revered rock albums of all time. These timeless songs have been enjoyed across generations and continue to be included in Billy Joel’s live performances.

From “Movin’ Out (Anthony’s Song)” & “Only the Good Die Young” to “Just the Way You Are,” “She’s Always a Woman” & “Scenes From An Italian Restaurant,” The Stranger will sound just like you remember it!

Experience the energy of this exceptional record as Classic Albums Live performs it “note for note and cut for cut!”

Get down with The Magic of Motown at Flato Markham Theatre! Back by popular demand! George St. Kitts’ showstopper production features Motown hits of The Temptations, Smokey Robinson, Diana Ross & the Supremes, Marvin Gaye, The Jackson Five, Martha Reeves and The Four Tops. This show is colourful, engaging and so much fun. The Magic of Motown is guaranteed to take you back to a time when music was filled with ‘soul’, rhythm and joy. Dance and sing to your favourites all over again! 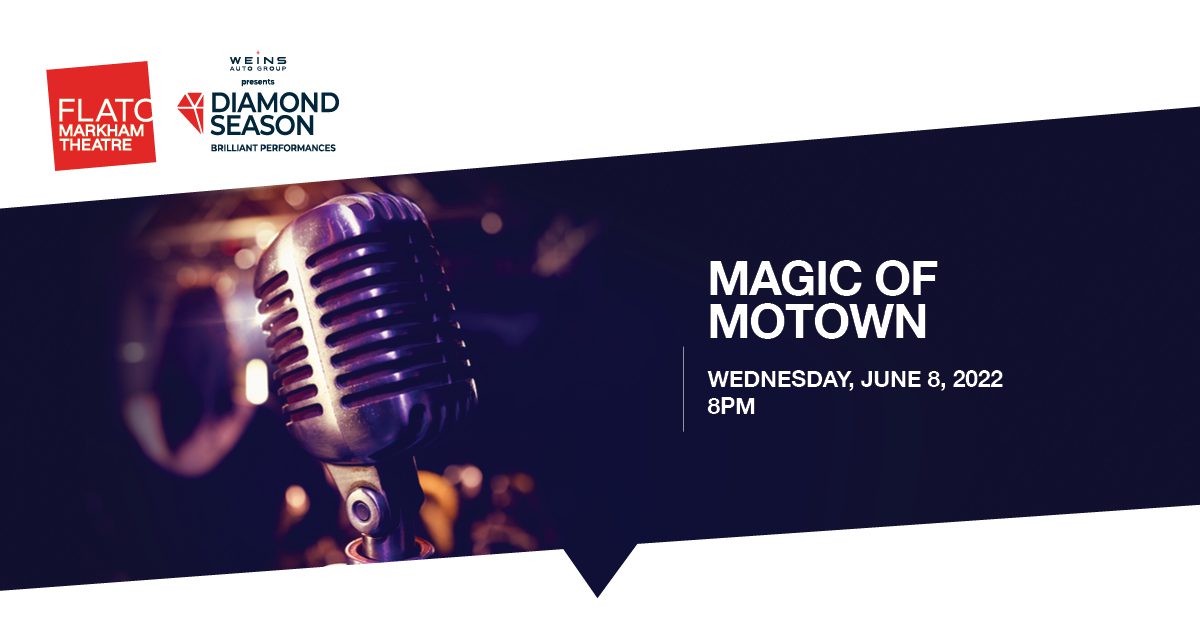 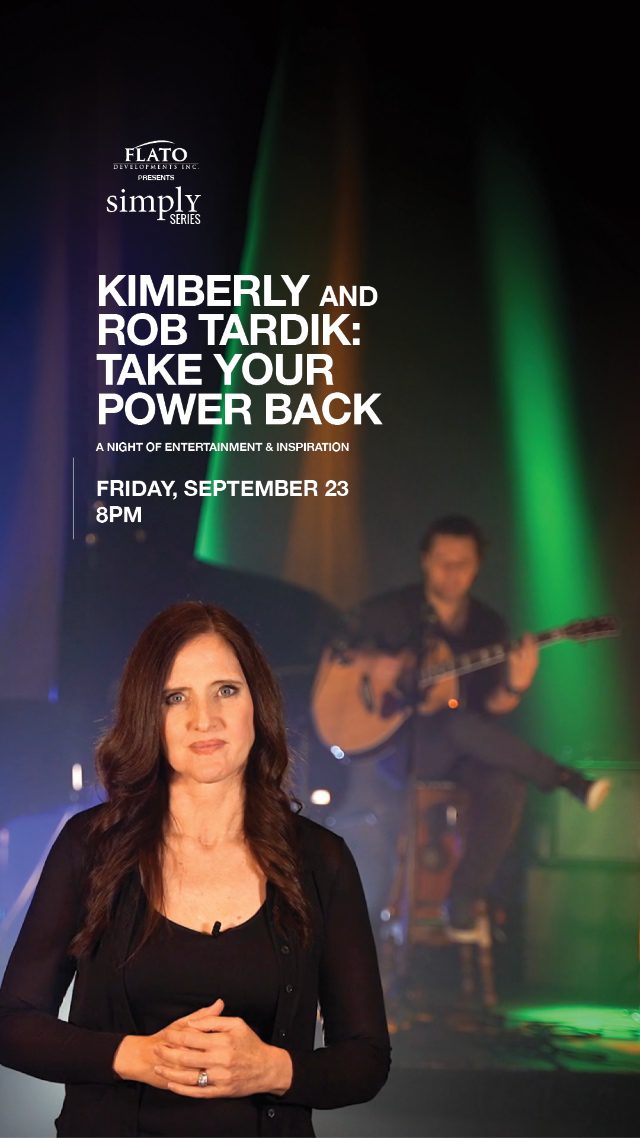 The Rob Tardik band & special guests, featuring keynote speaker, Kimberley Black, will take the audience on a journey of overcoming trauma, building resilience, and inspiring hope through the art of dance, storytelling, and music.

Take Your Power Back will feature Kimberley’s miraculous story of her survival of an attempted murder in the midst of the pandemic and promote the beauty of humanity in times of crisis through illustrations of the community support and love received. The audience will be inspired with ideas of how they can help others, and themselves, to take their power back.

Set to new music by the Rob Tardik band, including B Positive, the song written by Rob in recognition of Kimberley’s resilience and positive spirit, along with interludes of choreographed dance performances, the audience will be inspired to take their power back.