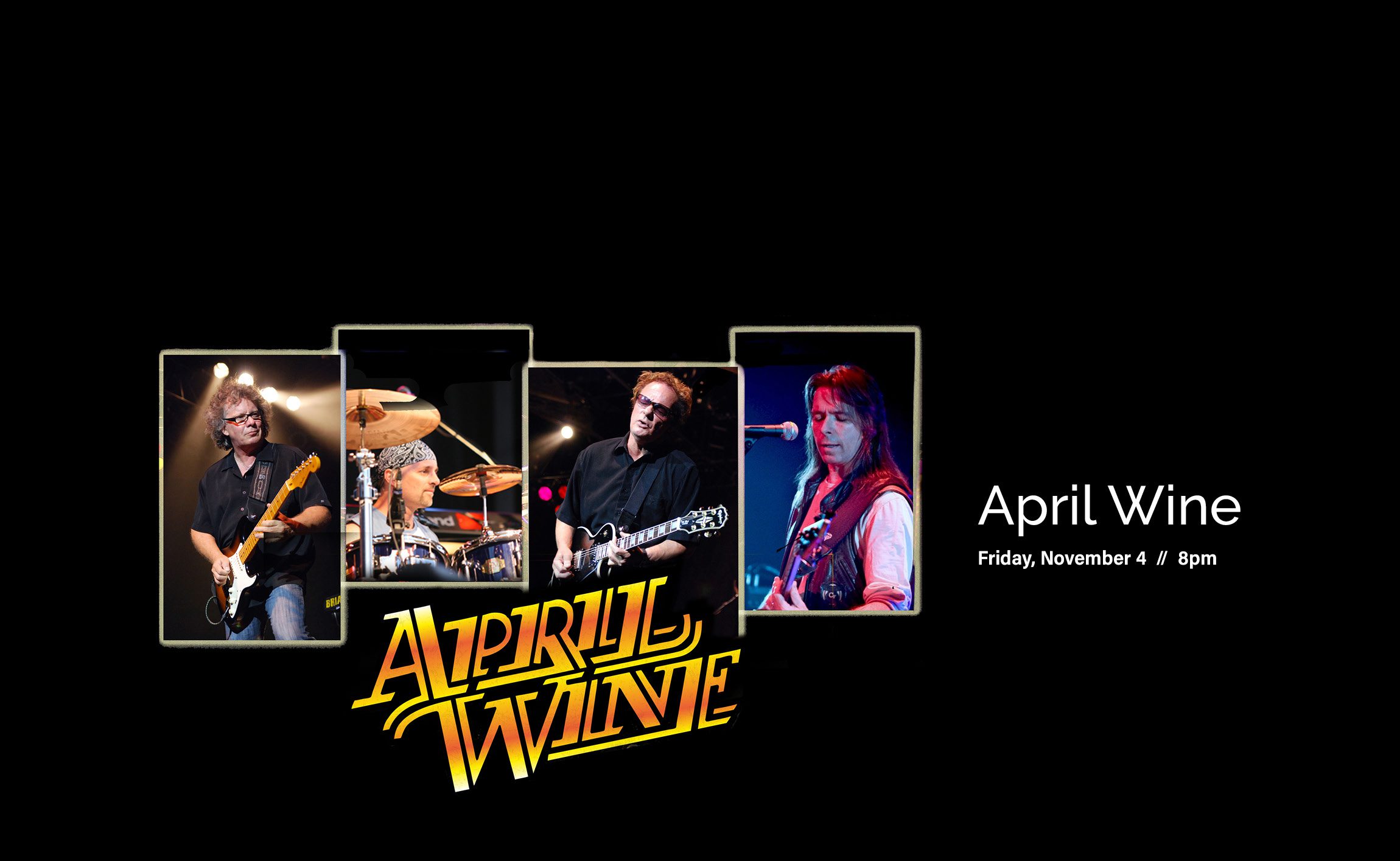 Members of the legendary Canadian rock band April Wine have been road warriors since the early 70s. While the lineup has changed over the years, the band’s music still delivers the same powerful sound that led to international success. Best known for their hit “Just Between You and Me,” a ballad that made them the very first Canadian band on MTV, April Wine has released over 20 albums. In March of 2009, April Wine was inducted into the Canadian Music Industry Hall of Fame and honoured with a Lifetime Achievement Award for being part of Canadian music history for 40 years. On April 18, 2010, they were inducted in to the Canadian Music Hall of Fame.

For more information and to buy tickets, visit: https://flatomarkhamtheatre.ca/online/article/april-wine-22